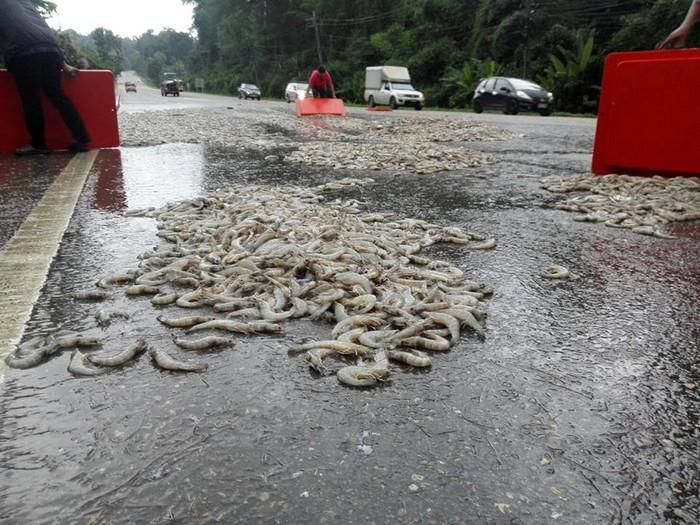 KRABI: A pick-up truck loaded with thousands of fresh shrimp flipped over and spilled its cargo all over the road in Krabi yesterday.

Ironically, the accident occurred in front of the Agricultural and Development Baan Thung Office on the road to Krabi Town.

The truck driver and passenger were on their way into town around 6:15pm, when the driver lost control of the vehicle on a road made wet from a recent downpour.

The truck ended up on its roof at the side of the road.

Rescue workers were surprised to find that the driver and passenger had survived the accident with barely a scratch on them.

Chanwit Chaikun, head of Krabi Pitakpracha Foundation, was one of the rescuers who rushed to the scene.

“A lot of people came to help retrieve the spilled shrimp for the driver, who then returned the favor by dishing out some of his precious crustaceans to them as a thank you,” Mr Chanwit told the Phuket Gazette.