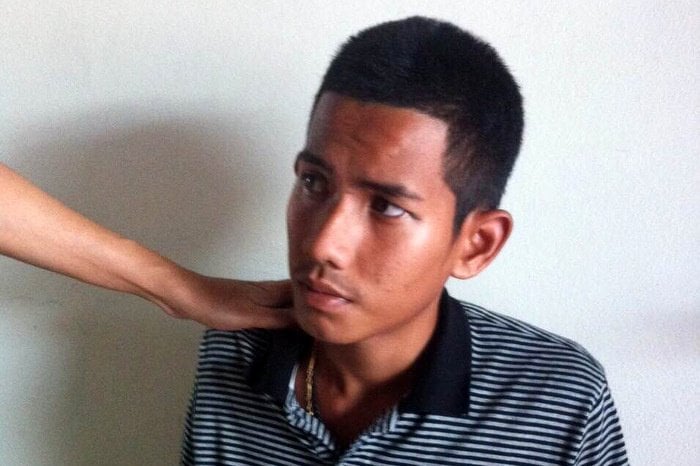 PHUKET: Three more teenagers have surrendered to police for the gang slaying of a rival in Phuket Town on New Year’s Eve.

Suppachai Atwicha, 19; Adisorn Laemka, 18; and a 17-year-old named by police with the pseudonym “Mr Bank” surrendered to officers at Phuket City Police Station at about 4pm yesterday.

The three were among the six suspects wanted for hunting down and killing15-year-old Sakorn Nitipoj near the Governor’s Residence on Narisorn Road just before midnight on December 31 (story here).

“The three of them confessed that they [all six suspects] had an argument with Sakorn and his gang of friends earlier that night at the park in Saphan Hin,” said Phuket City Police Superintendent Sermphan Sirikong.

“They followed Sakorn before shooting him once and fleeing the scene.”

Two other teen suspects, named by police only as “Mr Beer” and “Mr M”, both 16, surrendered to police on Friday (story here).

“We’re still searching for the last suspect in this case,” said Col Sermphan. “We believe he’s on the run, but the Phuket City Police will track him down and bring him to justice.”