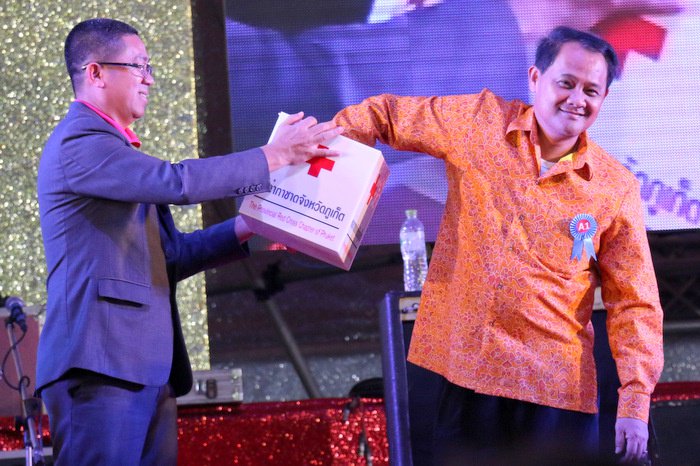 PHUKET: The winner of the grand prize in the annual Phuket Red Cross Fair lucky draw has yet to claim the brand-new Toyota Altis after the winning ticket was drawn last night.

Phuket Governor Nisit Jansomwong led the lucky draw on the center stage at Saphan Hin at about 10:30pm.

Joining Governor Nisit for the lucky draw was his wife, Ms Nutsaree, who is the president of the Phuket Red Cross, and a host of high-ranking Phuket officials.

Additionally, 50 people who have tickets ending with 032 may claim their prize of an electric fan.

To claim prizes, winners must present themselves and the winning ticket at Phuket Provincial Hall, in Phuket Town (open Monday-Friday, 8:30am-4:30pm).

Winners have until February 28 to claim their prizes.