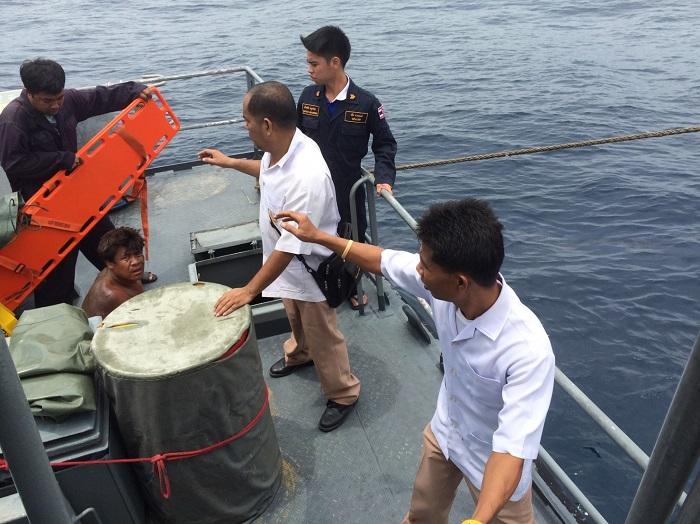 PHUKET: Seven crew members of a fishing vessel were saved in a dramatic rescue off Phang Nga yesterday afternoon when their boat burst into flames and sank after refueling at sea.

Three crew members were injured in the fire, one of them suffering severe burns to at least 20 per cent of his body, mostly to his back and arms.

The fishing boat, a 68-ton vessel named Sorachainavy, had just finished taking on diesel from a refueling vessel about 12 miles off shore from Tai Muang district.

The incident was reported to the Port In-Port Out center at Tai Muang and a Navy rescue boat was dispatched to respond to their emergency call.

However, another fishing boat located near the refueling vessel was the first on the scene and pulled the crew members to safety as their boat sank.

The Navy rescue boat then ferried the injured to Takuapa Hospital in Phang Nga.

The boat had been at sea for three days before the incident, having departed from Kuraburi in Phang Nga on July 27.

The loss of the Sorachainavy is estimated to have cost its owner about 5 million baht.

Investigators have yet to determine the exact cause of the fire.