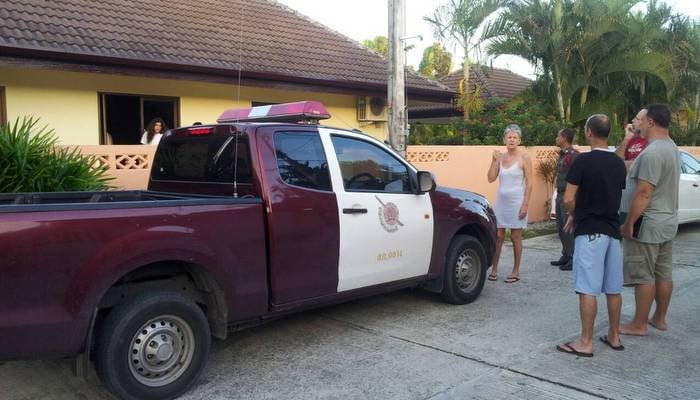 This morning, Thalang Police were called to the scene, the Baan Bang Rong Community.

“The three bungalows are located next door to each other and were robbed sometime last night or early this morning,” said Thalang Police Superintendent Sirisak Wasasiri.

“The owners of the properties have been living here for many years and rarely lock their doors at night.”

The three foreign residents awoke this morning to find a number of valuables and cash missing, and all admitted to leaving their doors unlocked.

Folie Emiliemme, 59, a Belgian national, said that she had lost about 30,000 baht in cash, along with her passport and credit cards. Also missing from her home were two bottles of liquor, she said.

Vandoorne Marc, 47, also from Belgium, told police that a laptop, an iPhone 5 and about 3,000 baht in cash had been stolen from his bungalow, along with several credit cards.

Louise Martinez, 68, from France, told a similar story, saying that 7,000 baht in cash had been taken from her home, along with a gold necklace, an ivory bracelet and cash cards.

“An accomplice probably waited on a motorbike while the thief climbed over the walls and entered the three properties,” Col Sirisak explained.

“The burglar must have known that the three residents didn’t lock their doors at night, which suggests that he or she is acquainted with the residents. We will continue our investigations and try to catch the culprits.”