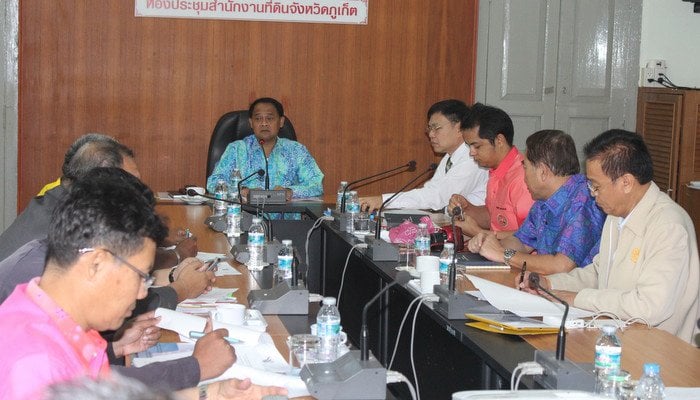 PHUKET: A special committee will be set up to manage and oversee security and safety at Phuket’s numerous construction worker camps following a spate of violent clashes, Phuket Governer Nisit Jansomwong announced yesterday.

The move follows a massive gang brawl on January 1 between construction workers from Cambodia and Myanmar at a camp for workers involved in the expansion of the Phuket International Airport (story here).

“We will set up a special committee under the Phuket Land Office to manage the camps housing construction workers as soon as possible. I don’t want to see any more fights breaking out at these camps,” said Gov Nisit.

“The committee will be responsible for registering all foreign workers, as well as managing the security and hygiene of worker camps to ensure that there is no spread or outbreak of disease.”

According to records kept by the Phuket Provincial Governor’s Office, Gov Nisit said that there were approximately 1,500 worker camps based in Phuket, however, there were many others that were not properly registration.

The Phuket Land Development committee, which is responsible for the supervision of new land developments – including the overseeing of drainage and wastewater management systems – will also be given the new responsibility of ensuring that any newly established worker camps are following proper building guidelines for trash and wastewater disposal, Gov Nisit said.

“I plan to have the committee to oversee worker camps set up within a week,” Gov Nisit said.

Minivans bound for nearby provinces back at Bus Terminal 1