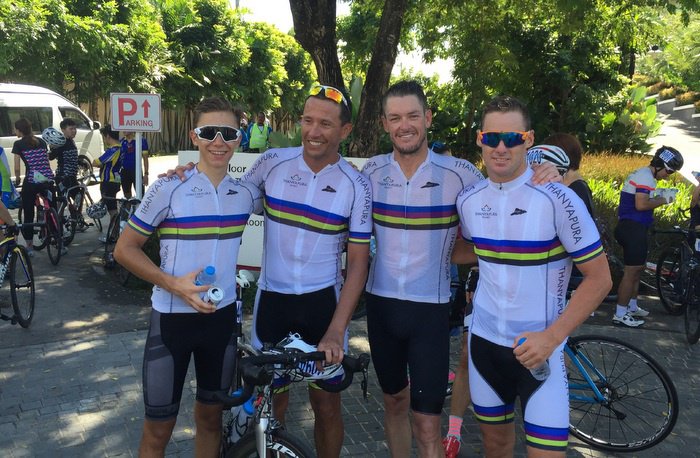 PHUKET: It was a clean podium sweep for Thanyapura at the World Travel Joy East Coast Challenge in Ranong last weekend where their athletes won HRH Princess Maha Chakri Sirindhorn’s Cup in the 151 kilometer race.

This was the second annual World Travel Joy Challenge, which comprises a 151km and a 117km bike race that loops around Rayong and Chanthaburi.