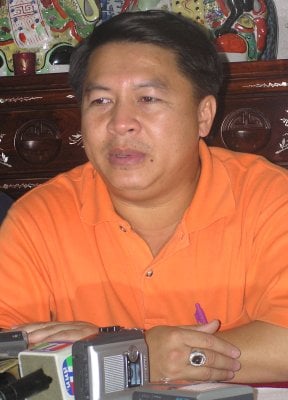 Visiting Phuket in his capacity as Vice-President of the Parliamentary Natural Resources and Environment Committee, the outspoken MP from Khon Kaen made a vague call for the people of Phuket to preserve and restore the environment before launching into the topic he clearly preferred to discuss: the current political turmoil.

Speaking with about 30 members of the local media corps during a luncheon yesterday, the legislator suggested that the Prime Minister should be more open-minded and willing to listen to people’s needs – and should spend more time outside his native Chiang Mai Province.

Acknowledging that the events of last weekend were unprecedented in PM Thaksin’s five years in power, he said: “It’s normal to have this kind of event in a democratic country, but it might be not good in in terms of business and investment confidence abroad.”

He said the Prime Minister should seriously consider the causes of dissent, rather then simply writing his critics off as fools.

“I’d like the Prime Minister to review his political management over the past five years and [ask himself] whether or not it’s his mismanagement that has caused the current conflict, because it’s not normal for so many academics and intellectuals to sign their names as being against [a political leader],” he said.

PM Thaksin’s comments during the protests have been ill-advised, he said.

“I feel that the PM should listen to comments from all sides and open his mind. Also, his responses should be more measured because, even if his comments are made at [a private school] in Chiang Mai, they are transmitted all across the country.

“I think he should use this criticism [of him] as a way to strengthen democracy,” he said.

Dr Premsak is one of the more outspoken Thai politicians. In 2002, when he was Chairman of the Parliamentary Committee on Labour, he caused consternation in Phuket’s expatriate community when he urged the Ministry of Labour to to raise the fee for an initial work permit from 3,000 baht to 300,000 baht.