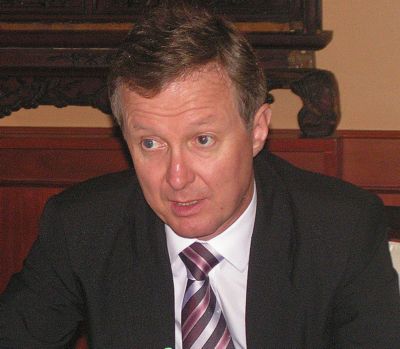 PHUKET: The British Foreign and Commonwealth Office (FCO) is warning its citizens throughout Thailand to exercise ‘great caution’ in advance of a Supreme Court ruling on the fate of exiled former Prime Minister Thaksin Shinawatra’s 76 billion baht in seized assets.

A statement posted on the FCO’s website and signed by British Ambassador to Thailand Quinton Quayle reads as follows:

“The political situation in Thailand is tense and uncertain. British citizens should exercise great caution throughout Thailand and avoid demonstrations or large gatherings of people that might turn violent. It is likely that there will be mass protests by anti-government demonstrators in and around Bangkok. A court decision due on 26 February 2010 is a potential flashpoint. If, as is quite possible, anti-government protests turn violent, British citizens should stay indoors and monitor the media and this website.”

The foreign services of a number of other nations have posted similar advice on their websites.

The Australian Department of Foreign Affairs and Trade advises its citizens “to exercise a high degree of caution because of the high threat of terrorist attack and because of political instability in Thailand.”

The US State Department advises its citizens to avoid any large public gatherings.

Few in Phuket expect violence to break out in the island province or other parts of the South, where red-shirted supporters of Mr Thaksin are greatly outnumbered by their yellow-shirted rivals from the People’s Alliance for Democracy, or PAD.