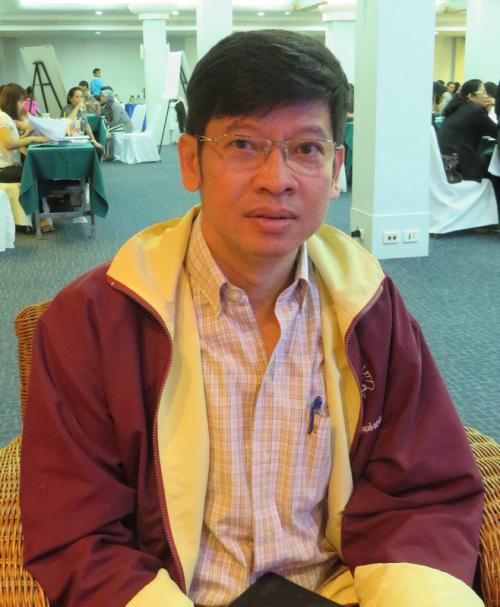 PHUKET: Over 300 people from throughout Southern Thailand yesterday concluded a two-day seminar geared to develop methods to reduce road-traffic deaths.

Thailand currently ranks third in the world in annual road-death rates, with 38 fatalities per 100,000 people. Only Niue (a Polynesian island whose name translates to “Behold the Coconut”) and the the Dominican Republic have higher rates, said Thanapong Jinvong, Director of the Academy of Road Safety at the National Health Foundation.

“Someone dies in Thailand from a road accident every half an hour. In Phuket, we have one death every three days. That’s why it is imperative that we find a way to reduce the death rate,” Dr Thanapong told the Phuket Gazette.

Phuket’s heaviest fatality rates occur between 6pm and 10pm, and again from midnight to 1am, explained Dr Wiwat. In the evening, the roads are crowded with people returning home from work, who are often tired and want to get home quickly. The late-night accidents are often caused by drunken drivers, he added.

The more we know about what causes road accidents, the more we are able to prevent them, Dr Thanapong stressed.

Police are also doing their part by stepping up the number of people they stop for riding without helmets or driver’s licenses, he noted.

However, one of the most critical things to do is to change how Thais think about accidents, Dr Thanapong said.

Thais have traditionally felt that accidents occur because of bad fortune, or other kinds of mysterious forces. An Assumption University poll showed that 26 per cent of a survey group believed that accidents could not be prevented.

“We need to change those mental constructs,” Dr Thanapong said. “They must also realize that road accidents can happen anywhere and at any time.”

Those taking part in the seminar, held at the Boat Lagoon, developed safety plans to be implemented once they return to their home provinces. The group plans to meet again in May to discuss progress, and then in August to discuss their results.