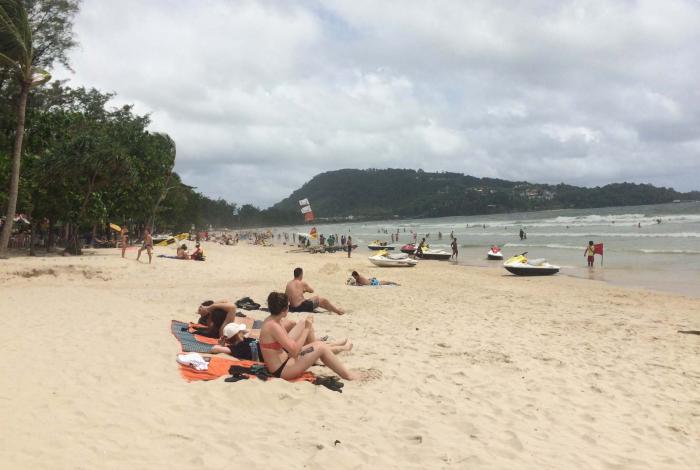 PHUKET: Phuket hotel and tourism organizations issued a joint statement yesterday evening in the wake of a string of bombings across southern Thailand, including twin bombings in Patong yesterday (story here).

“We estimate that the short-term effects may include hotel cancellations among locals. Nevertheless, no significant cancellations among foreigners have been reported,” the statement reads. “We believe that should any security measures arise, they will greatly reassure both Thai and foreign tourists’ confidence.”

“The occupancy rate is generally at 70 per cent, while the hotels in Patong are now at 80 per cent.”

The tourist and hotelier associations believe that Thai tourism will recover quickly, stating that their associations are cooperating with officials to restore order and safety in Phuket.

Royal Thai Police Deputy Commander Chalermkiet Srivorakarn visited the sites of the explosions at Loma Park, Patong Beach, and the police kiosk at the end of Bangla Road while meeting with local police officers yesterday at about 6pm.

“We are working hard to control the situation,” General Chalermkiet said. “Both Region 8 Police and Phuket Provincial Police will be ramping up security.”

Gen Chalermkiet said that authorities are still uncertain of the perpetrators of the attacks.

“We are in the process of collecting evidence,” he added. “We cannot, at the moment, say for certain whether or not these attacks are related to the southern insurgency,.”

Provinces across the south are reporting similar security situations. Authorities in Krabi, Phang Nga, Trang and Samui have deployed additional checkpoints and personnel to public locations. Statements have also been issued, reassuring citizens that the situation is under control. People have been encouraged to report suspicious persons and activities to local police.

Security has also been bolstered at Phuket International Airport, with additional screenings put into place. Airport Director Monrudee Gettuphan urged those travelling through the airport to plan for additional time delays, and to arrive earlier than they usually would.