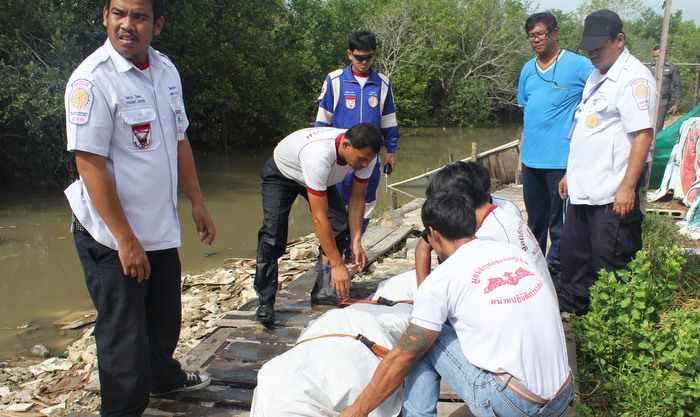 PHUKET: A woman who sold Thai desserts was found drowned, trapped under her sidecar in the Klong Koh Pee canal on the outskirts of Phuket Town, yesterday.

Police called to the scene in Soi Sakdidet 9 in Wichit at 9am saw the wheels of a sidecar above the water, said Lt Jarus Laempan of the Wichit Police.

After 20 minutes, rescue workers were able to free the body of Chertchai Junsuksi, 66, a native of Bangkok who sold her wares at the Kaset Market in Phuket Town and was known locally as “Auntie Rin”.

Residents in the area told police that Ms Chertchai lived alone in a rented house across the road from the site of the accident.

“We believe that she she was making a u-turn as she left her house and ended up in the canal,” said Lt Jarus.

Ms Chertchai’s body was taken to Vachira Phuket Hospital, as police sought to notify her son.