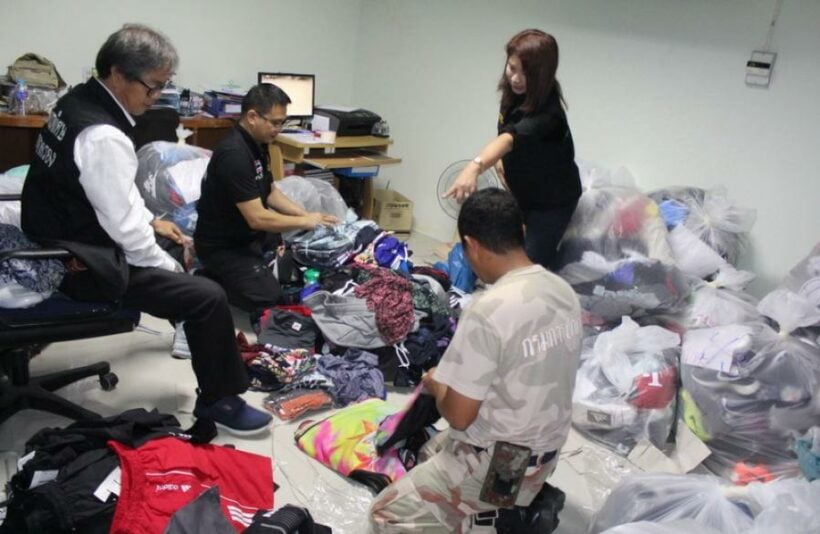 PHUKET: Ten vendors were arrested and 20 million baht worth of counterfeit merchandise was confiscated in Patong Thursday night.

“Following complaints by the Department of Intellectual Property in Bangkok, officials from the Internal Security Operations Command (ISOC) and Patong Police inspected shops on Thaweewong Road. The area is called ‘Notorious Market’ as it is full of pirated goods,” enthused Maj Suriyan.

“When the vendors saw us coming, they attempted to escape, but we caught them before they could,” he added.

More than 10,000 items of clothing, shoes and bags were confiscated in the raid.

All ten vendors were foreigners working legally in the Kingdom. They were charged with selling goods with a forged registered trademark.

“We will continue to crack down on vendors who sell illegal goods,” vowed Maj Suriyan.

Earlier this month, police arrested three migrant workers and seized more than 300,00 baht’s worth of pirated merchandise from shops in Patong (story here).