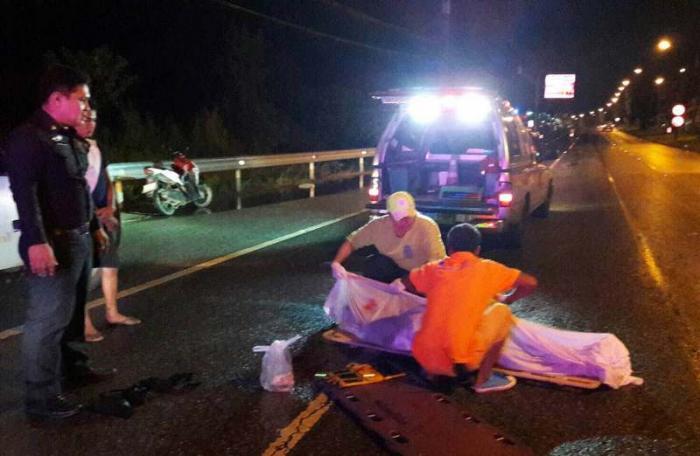 PHUKET: A teenager was killed and another man injured in a ‘double’ hit-and-run collision at about 1:15am today on Thepkasattri Road.

The victim, Noppadol Yaprajan, 19, was riding pillion with his friend Sirichai Witsuma, 20, when the accident occurred.

“Mr Sirichai told us that an 18-wheeled truck hit their motorbike in front of the Democratic Party Office, causing Mr Noppadol to be thrown onto the road, where he was fatally hit by another car,” said Lt Chatree Chuwichian of Thalang Police.

“He added that both the truck and car fled before he could note the color of the vehicles or their licence plate numbers.”

Mr Noppadol’s body was taken to Thalang Hospital. Police say they are trying to track down both drivers as soon as possible.