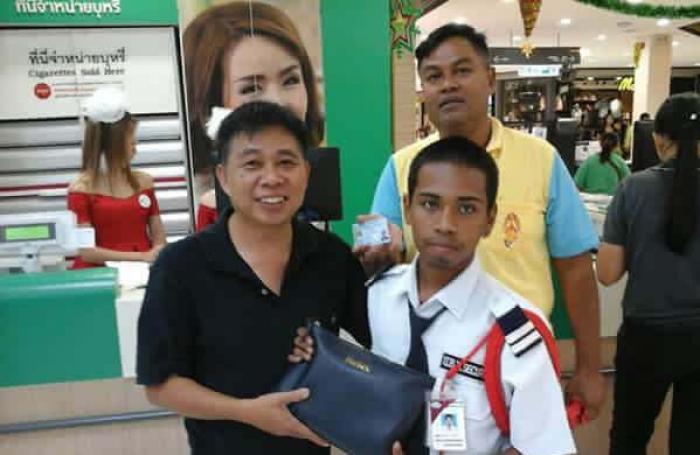 PHUKET: A 19-year-old local returned a bag that contained 400,000 baht to its owner after discovering it in the bathroom of a Tesco Lotus in Phuket on Tuesday.

Nattapong Rithidet, security guard for UBN Phuket Andaman Co Ltd at the Samkong Tesco Lotus, was in the bathroom when another man came in to use the facilities. The man accidentally left the enormous bag of cash when he left.

“I didn’t open it – I just took it to the customer service counter to have them help me locate the man,” Mr Nattapong said.

Two hours later, the man missing nearly half a million baht returned to Tesco Lotus to claim the bag.

Mr Nattapong attributes his honesty to his mother.

“My mom always taught me that even though we are poor, we must never steal or take anything that doesn’t belong to us,” he said.