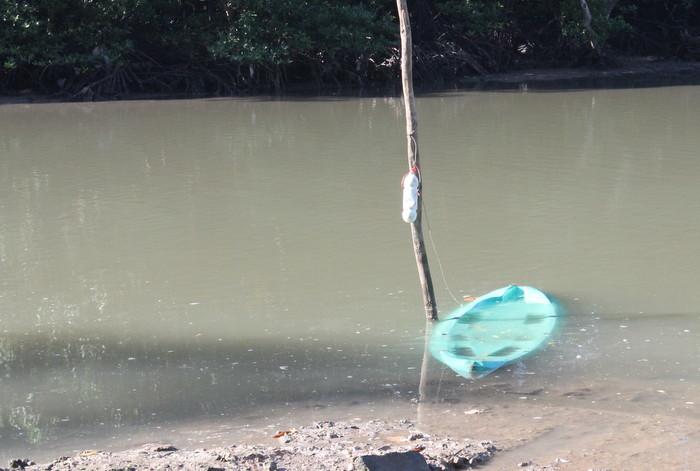 PHUKET: One man died while kayaking with two friends in the Tah Jeen Canal in Phuket today.

Unable to swim, 18-year-old Charnis Kilngklip died after his kayak began taking on water and sank.

“One of Mr Charnis’s friends, 17-year-old ‘Chai’, told us that all three of them were in the same kayak when it flipped,” said Lt Col Suchart Meelampong of the Phuket City Police. “Mr Chai told us that he attempted to help support Mr Charnis, but that his 18-year-old friend slipped from his hands and disappeared into the water.”

Police did not reveal the full name of Mr Chai or the other friend who was in the kayak at the time, naming him only as 17-year-old ‘Mitr’.

The teens asked a nearby speedboat repairman to help them find Mr Charnis, but they gave up after 20 minutes, confirmed Col Suchart.