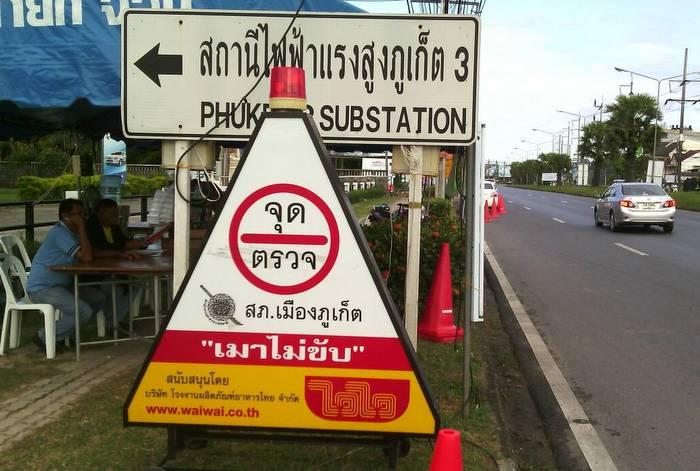 PHUKET: The ‘Seven Days of Danger’ road-safety campaign closed at midnight yesterday with a total of six deaths and 75 injuries.

Though the goal, like last year, was set at zero deaths, there were three times as many people killed on Phuket’s roads this year and a 67 per cent increase in injuries.

The last fatality during the campaign was 47-year-old Khwanjit Chawee-Inn, who died on her motorbike after colliding with a car in Karon.

All six people who died during the campaign were on motorbikes, reported the Department of Disaster Prevention and Mitigation (DDPM) Phuket Office. Two of the deceased were foreigners.

The zero-death goal was dashed on day one with the death of Pat Prayernyong (story here). The number of deaths swelled to three on day two when Mutslim Dakhan and Jielin Deng died in separate incidents (story here).

While day four and five had zero deaths, day six saw the death of a Myanmar national when he crashed into a road sign in Koh Kaew (video report here).

Total Phuket statistics issued by the DDPM for the number of traffic offences during the ‘Seven Days of Danger’ campaign are as follows: