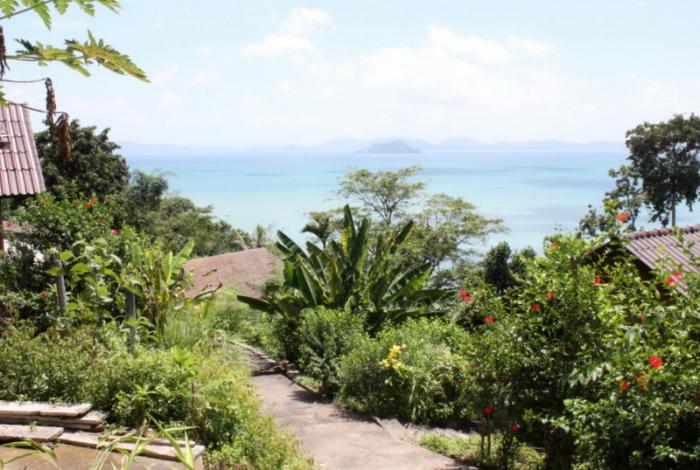 Police refused to name the property development company or the female suspect listed on the development’s tax documents, stating that they were in the preliminary stages of investigations.

“After we received a complaint that a private company was buying land from locals without documenting their purchases, we first had our team survey the area via helicopter,” said the deputy commander of the Natural Resources and Environmental Crime Suppression Division, Col Bancha Panpradap.

“We found several construction sites on a hill and in nearby forest,” said Col Bancha. “We learned that the buildings were intended for tourism and hospitality.”

A Swiss man, who police identified only as ‘Mr Adam’, claimed to be the development’s caretaker and construction manager.

“He failed to present us with any land ownership documents for the estimated 20 rai of land which the development sits on,” Col Bancha said. “There are already 14 houses built on that land but he only presented us a tax payment document.”

Col Bancha said the land in question was estimated to be worth at least 5 million baht per rai.

“At this stage we have not charged Mr Adam with anything as he is just the caretaker. However, we will charge the person whose name appears on the tax document with encroaching on public land as well as for building without planning permission.”