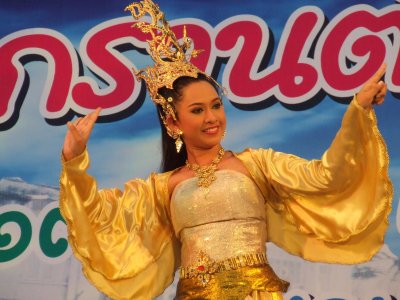 This was the first year the TAT has organized Songkran activities in Phuket Town, where a variety of staged shows put on nightly at Queen Sirikit Park were a hit with local residents.

Among the performances were classical Thai dances by Phuket FantaSea as well as an ice-carving exhibition by staff of the Holiday Inn, Merlin Hotel, Merlin Group and Diamond Cliff Resort and Spa.

Bangornrat Shinaprayoon, director of the TAT’s South Region 4 office in Phuket, said hotel occupancy rates on the island were in the 80% to 90% range for the Songkran Festival.

Tout gunned down in Phuket