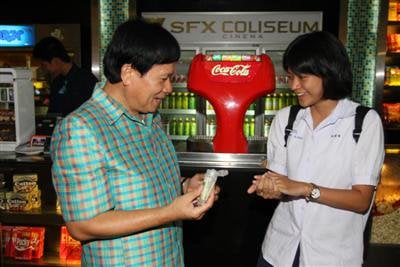 PHUKET CITY: The head of the Phuket Public Health Office has downplayed a report in the state-run media that lists Phuket as one of seven provinces with high incidences of A(H1N1) infection.

The figures are skewed because they don’t take into account the island’s large ‘hidden population’, he said.

None of the three new fatalities reported by the MoPH in Bangkok were of patients in Phuket, he confirmed.

After a lull the number of new cases reported did begin to rise noticeably about two weeks ago, but the overall situation is under control, he said.

The reason for the relatively high incidence rate is that the figure is reported in terms of cases per 100,000 people.

The figure for Phuket is calculated using the registered population of around 340,000 and not the actual figure, about 30,000 or 40,000 higher when migrant Thai workers are taken into account, he said.

If this ‘hidden population’ were factored in, the incidence rate would be at or around the national average, he said.

The actual number of people on the island could reach as high as 700,000 to 800,000 when tourists and other unregistered people are factored in, he added.

Some provinces in the North and Isarn had far higher numbers of actual cases, he said.

The health office continues to carefully monitor for A(H1N1), he said.

The open-air ‘one-stop service’ at Vachira Phuket Hospital in Phuket City continues to screen all patients with flu-like symptoms including high fever, he said.

It is no longer designated as an A(H1N1) screening center, he said.

The virus has a more difficult time spreading in well-ventilated areas, so Phuket’s increasing urbanization may put it at a somewhat higher risk of spread, he said.

Dr Pongsawas said he doesn’t fear a major outbreak with the return of students to school in early November because most people understand the risks and take the necessary precautions to avoid catching the flu.

Most schoolrooms on the island are open air and the reopening of schools draws youngsters away from places like Internet cafes where the virus can spread more easily, he said.

November is also the start of the high season for tourism, when monsoon rainfall generally begins to taper off and cold weather in more northerly climates begins to draw tourists to the island.