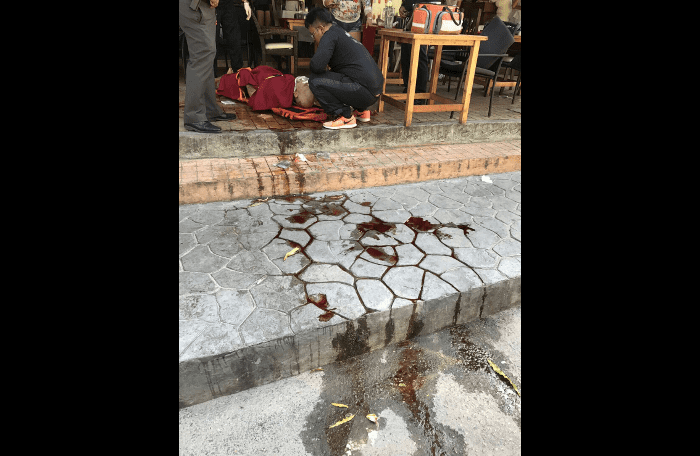 PHUKET: A Swedish tourist luckily escaped death after he jumped off the balcony of his hotel room in Karon yesterday morning.

The victim, Lennart Sundstorm, 52, was staying at the Kata Green Beach Hotel. Police believe he had pressing financial issues which led him to perform the desperate act.

Maj Patiwat Yodkhwan of Karon Police, Tourist Police officers and rescue workers arrived at the scene after receiving the report. He was rushed to the emergency department at Patong Hospital.

“We checked his room, where we found blood on the floor and a bloody pair of scissors dropped nearby. It seems that he stabbed himself with the scissors before jumping,” said Maj Patiwat.

“There were no signs of struggle or ransacking in the room, but we have kept the scissors to check for fingerprints,” he added.

Police then questioned the hotel staff, who told them that Mr Sundstorm had stayed alone in his room.

“We believe that he was waiting for funds from the Swedish government, which he had received but not enough for him,” said Maj Patiwat. “However, we will investigate further and question him after he has recovered.”