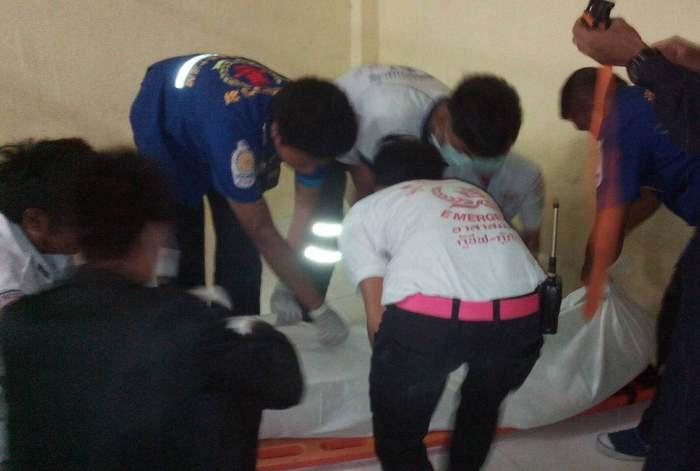 PHUKET: A man arrested for the possession of ya bah (methamphetamine) early this morning was pronounced dead about an hour after being put behind bars in Phuket.

Yagareeya Hadohloh, 29, was picked up for the possession of one ya bah pill in Patong. He was processed and put in a Patong Police Station cell just after midnight. At about 1:15am, he suffered a seizure.

“Bruhanudin Sau, a friend of Mr Yagareeya who had also been arrested, was in the cell at the time. He told us that the two of them were just talking when Mr Yagareeya suddenly fell over and started to have a seizure,” said Lt Sineenart Cherdchootrakulthong of the Patong Police. “I immediately phoned an emergency medical team.”

By the time Kusoldharm Foundation rescue workers arrived at the scene, Mr Yagareeya was dead.

Doctors at Patong Hospital determined the cause of death as asphyxiation caused by the seizure.

“Mr Yagareeya’s brother was unaware of any underlying diseases or history of seizures, and believed him to be a healthy man. Nonetheless, he does not suspect any foul play,” Lt Sineenart said.