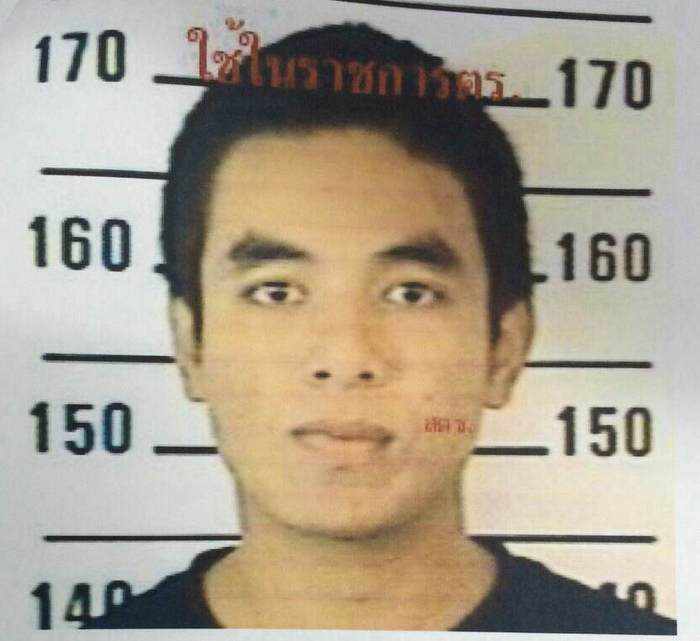 PHUKET: A man wanted for a shooting murder in Chalong last year was arrested yesterday as he tried to slip past the Tah Chat Chai Checkpoint.

Chalong Kraithep, 24, and a friend were spotted by officers trying to avoid the checkpoint by passing behind the Mai Khao Tambon Administration Organization building.

“We shouted at them to stop, but they sped up. When they crashed their motorbike a few kilometers away, we caught them.”

Officers found a .38 handgun loaded with five bullets in a bag that Mr Chalong admitted was his.

Charging him with unlawful possession of a firearm and ammunition, officers took him to the Tah Chat Chai Police Station, where a criminal record check revealed he was wanted by the Chalong Police for murder.

On December 20, Mr Sakon and a friend, Worrawut Phetsut, 28, returned home from drinking at a karaoke venue in Rawai, only to become embroiled in an argument with a neighbor, Prakorn Pholyeam, whose dog was barking loudly.

Mr Chalong had been on the run until his arrest yesterday. No charges were pressed against the friend who accompanied him in the checkpoint evasion.