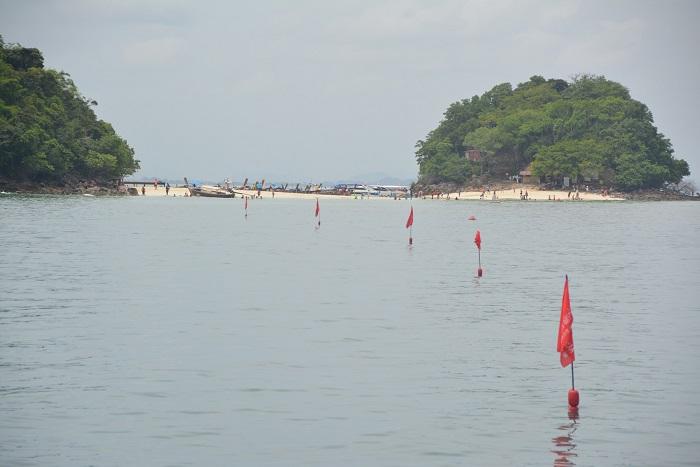 KRABI: Super algae is to be deployed in the Phi Phi national marine park in a world-first attempt to revive bleached coral.

Red demarcation flags have been set up at coral restoration zones, where swimming and snorkeling is not allowed, explained Mr Sarayuth.

“We are going to use super algae in a world-first attempt to restore the bleached coral.”

The super algae, also known as blue-green algae, is being tested in laboratories and will be introduced to the affected areas as a nutrient-rich foundation to encourage restoration of the marine ecosystem.

“Meanwhile, we are asking for the government’s help to enforce restrictions preventing tourists from disturbing those areas,” said Mr Sarayuth.