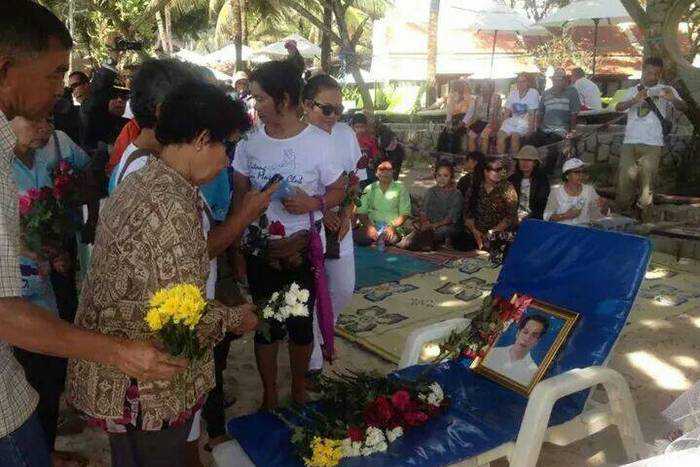 PHUKET: A letter presented at a ceremony commemorating a financially distressed Phuket beach vendor found dead last week implored Thailand’s leaders to return the beachfront to those who used it to make a living.

At the memorial service on Patong Beach on Saturday, Jirasak Sae-Koo’s mother, Pranee Piromrit, revealed the letter, and explained that her son had written it before taking his own life.

Mr Jirasak, 45, was found hanged by a rope tied to a ceiling beam at his friend’s house on September 22 (story here).

The letter expressed hope that Mr Jirasak would be the first and last example of what could happen to a struggling vendor.

Mrs Pranee noted on Saturday that her son had been under immense pressure since the beach cleanup campaign began in June.

“We have been doing this job for more than 20 years. The income supports our entire family, which is about 20 people,” she said.

A funeral for Mr Jirasak will start on October 4 at Kajonrangsan Temple, on Ranong Road in Phuket Town.