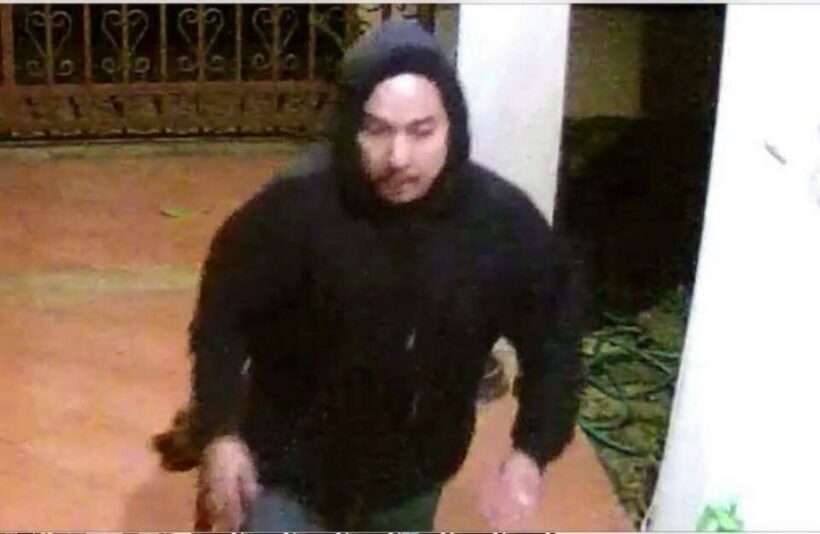 PHUKET: Foreigners in Chalong and Kata have asked police for help, claiming that a mysterious man has entered their homes on several occasions.

Facebook user ‘Sanna Hakala’ yesterday posted pictures and a video of a man on her page with both Thai and English captions as follows:

“[People in] Chalong, Phuket area – beware of this creeper! This man has terrorized foreign women in Patak Villa now for some years. He will peep through your windows, pick your door locks and come in to your house when you are sleeping. He will stand next to your bed and point a flash light into your eyes until you wake up. He will then run out when you scream and no one has been able to stop or catch him so far.

He is not only targeting foreign women living alone but has also entered a house where a woman lived with her boyfriend and he was home at the time.

He was also peeping through windows in a house where a family lived with a child. He has not stolen anything from the homes he has entered.

The local police have been informed several times but they seem to be unable to locate or even name this man.

If you have any idea who this man is or have had a similar experience, then please contact the Chalong Police Station directly.

Also, be aware that he might target other housing villages in Phuket and also target other women (not only foreign) as well. Please share!”

The incident in the video happened on July 22. After Ms Sanna shared her post, many others came forward to share similar experiences.

Chalong Police say they have received several similar complaints, but have not had any evidence to act on until now. Armed with pictures of the culprit, they have now vowed to catch him soon.