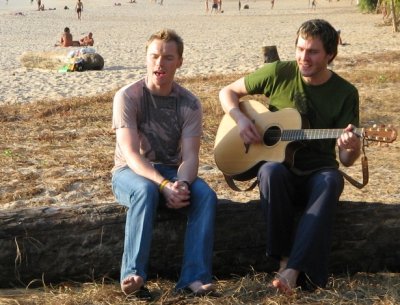 Hingis, a five-times grand slam champion, is in Thailand to compete in the WTA Volvo Women’s Open in Pattaya, her first professional tournament since leaving international tennis in 2002 to undergo extensive surgery to both ankles.

Suwalai Pinpradub, Director of the Phuket office of the Tourism Authority of Thailand, said that Hingis, a former goodwill ambassador for the World Health Organization, will arrive at Phuket International Airport at 9:10 am on Monday, before heading off to the Banyan Tree Phuket and then stopping for lunch at the Sheraton Grande Laguna Beach Resort.

In the afternoon, she will visit Bang Tao, Kata and Karon Beaches before taking off for Bangkok at 6:20 pm.

Ronan Keating, the former lead singer of the Irish pop group Boyzone, arrived in Phuket on Sunday for a two-day music video shoot for his song When you say nothing at all.

The video, which includes footage of Phuket children singing along, will be shown at the MTV Asia Aid concert at the Impact Arena in Bangkok on Thursday, to support tsunami relief work.