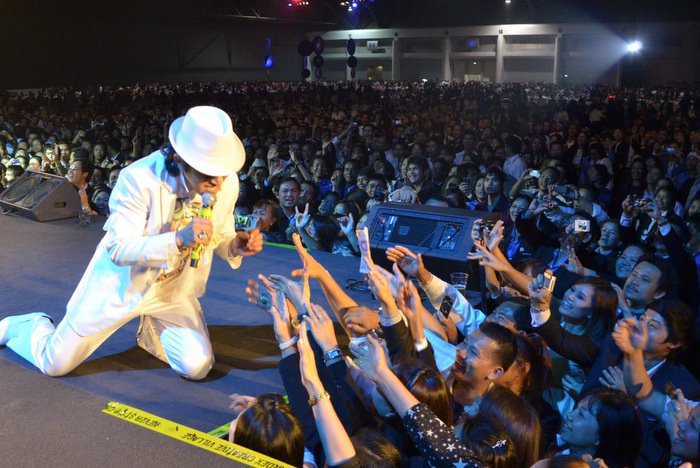 PHUKET: A host of Thai celebrities are performing live in concert at the seventh annual Phuket Local Food Festival, which got underway at Saphan Hin tonight and will continue through Saturday.

Governor Nisit Jansomwong helped cook up a monster batch of local dessert tu boh this evening as part of an official opening ceremony.

Paiboon Upatising, president of the Phuket Provincial Administration Organization, and a host of high-ranking Phuket officials joined Governor Nisit in preparing the tu boh – a slurry of coconut milk with red bean, sweet potato, taro and tapioca – for visitors at the fair.

After mixing the huge batch of dessert, the officials prepared a veritable forest of the local salad khao yum Phuket.

Among the highlights, Thai southern country music band (luk-thung) Khon Mailah will perform on stage tomorrow night, as will popular comedienne “Grandma Waew” from the At 4 show on Channel 3.

The fair is open from 4pm to midnight daily.