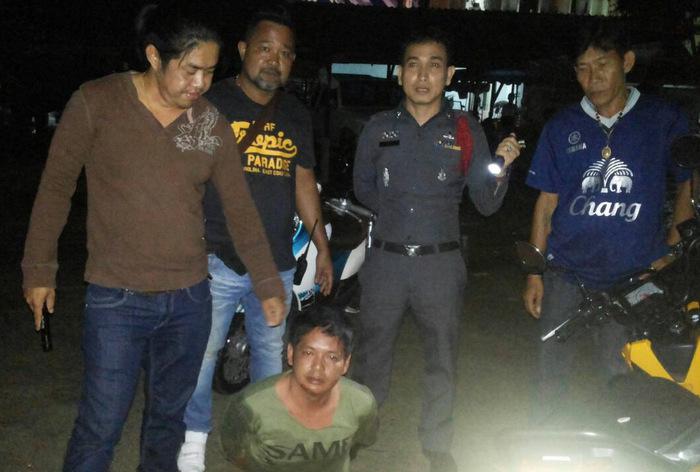 PHUKET: An argument over the political divisions being played out in Bangkok ended with a red-shirt supporter from Isarn, Northeastern Thailand, stabbing two Southern Thai fruit vendors in Patong on Saturday night.

One eyewitness told the Phuket Gazette that the argument erupted while seven vendors – who all sell fruit on Patong Beach for the same employer – were drinking Thai whisky together near the Sainamyen Intersection.

“Five of them were from Ubon Ratchathani and supported the red shirts, but the two Southern Thai men supported the PDRC,” the witness said.

“They started to argue and shout at each other. Then they started fighting. After the stabbing, the five men ran away, leaving the two southern men injured with cuts on their arms and bleeding from their stomachs.”

Patong Police have arrested one suspect for the stabbing, Maj Jakkapong Luang-aon of Patong Police confirmed to the Gazette this morning.

“We were called to the scene at 8pm, and about two hours later had Somnuek Thakham, 35, in custody,” he said.

“Mr Somnuek was charged with gang-attack. He still had a knife case with him, but said he threw the knife away in a pond. We have yet to recover it.”

They were reported to be in a safe condition, said Maj Jakkapong.

“We are continuing our search for the four other suspects,” he said.