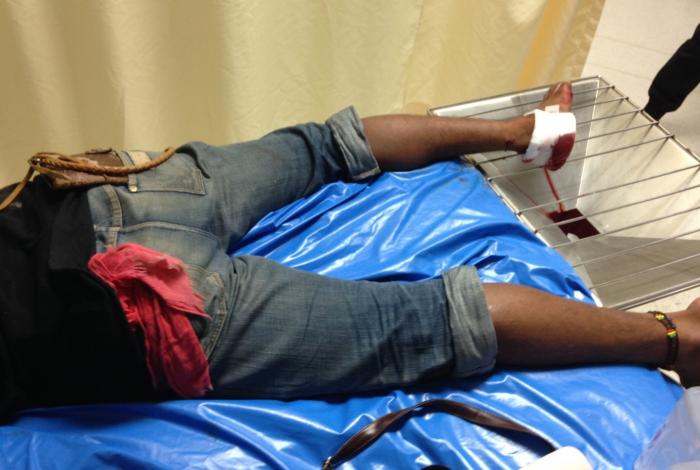 PHUKET: Police are on a double manhunt for suspects that shot a fellow boat crew member in Koh Sirey last night.

The 34-year-old victim, named Suchat Hetthong, escaped after getting shot in the right foot about 7:15pm near Koh Sirey Bridge.

“Mr Suchat told us that five men, including the captain of another boat, showed up at his house and a fight ensued,” said Phuket City Police Superintendent Komol Osiri.

“Soon after, two more men arrived on a motorbike and shot Mr Suchat with a pistol. He sustained injuries, but managed to escape. The perpetrators, as well the five other men, also fled the scene, leaving a Honda motorbike behind.”

Police arrived at the scene to collect evidence and check CCTV footage.

“During our investigation, we gathered that Mr Suchat and the men work at the same company. Earlier in the day, he had a heated argument with crew members of another speedboat, which may have instigated the altercation,” said Col Komol.

The captain has been summoned to the station for questioning and to help find the two men involved in the shooting.