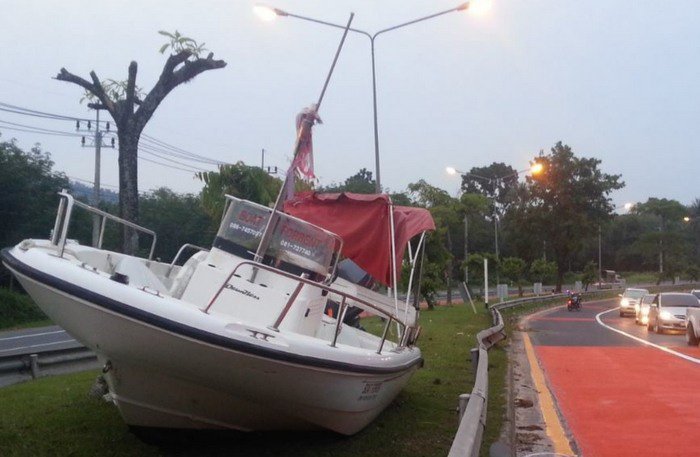 PHUKET: A speedboat disconnected from its trailer and became lodged in a traffic median while being driven through Thalang on Saturday evening.

Kusoldharm Foundation rescuer workers were called to the scene, near Bang Duk Curve and Baan Markpork School, to help move the boat so as to avoid traffic congestion.

“The driver told us that he was driving quite fast. When nearing the curve, the lock between the trailer and his car broke,” said Suvann Mingpijarn, a rescue worker.

“The trailer and boat then separated from the car, and the boat flew into the traffic median.”

The driver’s name was withheld as no one was injured, no public property was damaged and police had not received any complaints.

“The driver called for a crane to pick up the boat, and we helped keep traffic flowing. Everything was cleared out about an hour after the incident,” Mr Suvann confirmed.