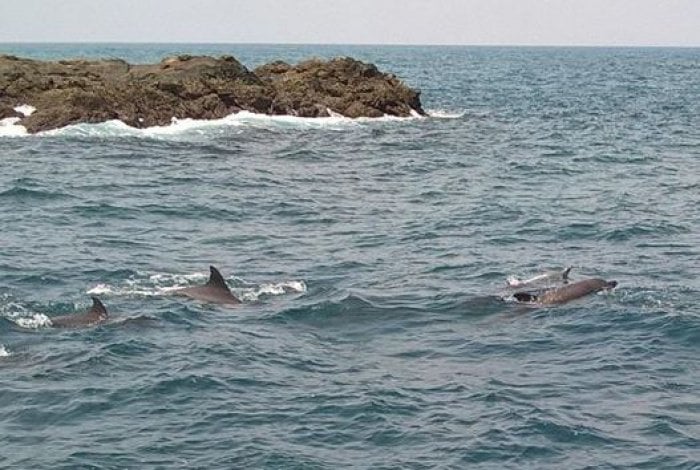 PHUKET: The still unopened Phuket dolphinarium has cleared another set of hurdles in its attempts to launch the project to the public following issuance by the Department of Fisheries of the necessary public zoo operations licence earlier this month.

“The building has been improved and now meets our standards,” an officer from the Department of Fisheries, who asked not to be named, told the Phuket Gazette this morning.

In December last year, the dolphinarium became entangled in red tape when officers from Bangkok ordered Phuket Aqua Project Co Ltd to make a number of changes to the Nemo Dolphinarium (story here).

“The next step is for Phuket Aqua Project Co Ltd to provide us the documents necessary to import the marine animals. Once we have this paperwork, we will again need to inspect the venue to ensure it meets the standards necessary for the animals it is set to house,” the official explained.

At this stage it is unclear whether or not the dolphinarium will be importing the same marine animals originally slated for the project or sourcing different animals.

Spearheading the battle against the dolphinarium is dolphin trainer turned animal rights activist Ric O’Barry, well-known for his role in the Academy-award winning documentary The Cove. Video: PGTV

A direct connection between five wild-caught dolphins originally bound for Phuket’s dolphinarium and the annual slaughter of thousands of dolphins at the Taiji cove in Japan was confirmed by the Asia Director of the Sea Shepherd Conservation Society to the Gazette last year (story here).

Initial reports said that a total of six dolphins would be transported to Phuket via the Ukraine. However, the CITES* permit issued by the Ukraine Ministry of Ecology and Natural Resources identifies eight dolphins and two South American fur seals to be exported to Thailand.

Three of the dolphins, two Pacific Bottlenose dolphins and one Black Sea Bottlenose dolphin, were born in captivity in 2012 and are being directly exported from Ukraine, said Shepherd Conservation Society Asia Director Gary Stokes.

In addition, five more Pacific Bottlenose dolphins are being re-exported from Ukraine; and all five were originally caught in the wild in Japan, he explained.

“We are just going to have to wait for them to officially file the paperwork and see what animals they are wanting to import. For example, if they request to import 20 dolphins, it doesn’t mean they can get the 20 dolphins from the exporting country,” the official said.

“We are taking our time and being careful to ensure that all the paperwork is in good order.”

The Nemo Dolphinarium project manager, who also declined to be named, told the Gazette today that he had no idea when the venue would open.

“It could still take a very long time before the venue opens,” he said. “I would like it to open as soon as possible, though I admit that at this point we’ve not come very far. There are so many steps to take.

“Many people are waiting for the dolphinarium to open, while others will do whatever it takes to stand in our way.”

Spearheading the battle against the dolphinarium is dolphin-trainer-turned-animal-rights-activist Ric O’Barry, well-known for his role in the Academy-award winning documentary The Cove.

Mr O’Barry explained to the Gazette in an exclusive interview last year that the establishment of the dolphinarium on the island would tarnish the island’s reputation as a tourism destination (Video Report here).

Mr O’Barry urged Phuket officials to use the same global scale of exposure to positive effect.

“If Phuket does not import captive dolphins, Phuket will be sending a positive, powerful message to the rest of the world about Phuket’s respect for nature. That’s something that money can’t buy,” he noted.

However, Director of the Fishery Management Bureau Marnop Chaengkij has previously noted that Thailand does not have any embargo on dolphins from Ukraine or Japan, as long as the correct documentation is provided.

*CITES: Convention on International Trade in Endangered Species of Wild Fauna and Flora, also known as the Washington Convention.