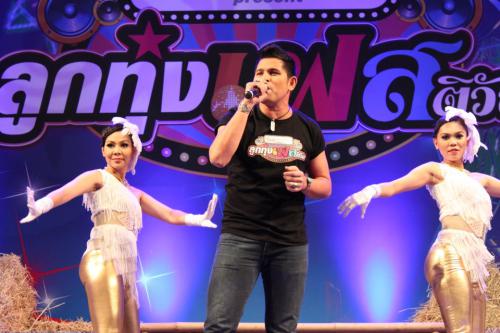 “Everyone is welcome to join the fun. There will be a lot of food, entertainment, sideshow rides, games and stalls at the fair,” Chalong Mayor Samran Jindaphol told the Phuket Gazette.

“Of course Thais and foreigners alike are invited to make merit at the temple while they are there.”

Each night, the stage entertainment will start at 7pm and include a performance with the renowned Southern Thai Nang Talung shadow puppets.

Each Nang Talung troupe brings with it a standard repertoire of traditional shadow plays, but most troupes also have at least one modern play up their sleeve that often drifts into political and social satire.

While the plays are visually entertaining, it is strongly suggested to bring a native Southern Thai speaker to make sure no jokes or jibes are missed.

The nightly entertainment at the fair is as follows:

February 4: Concert by Luang Kai and Tai Orathai; and Nang Talung by Iad-nui.