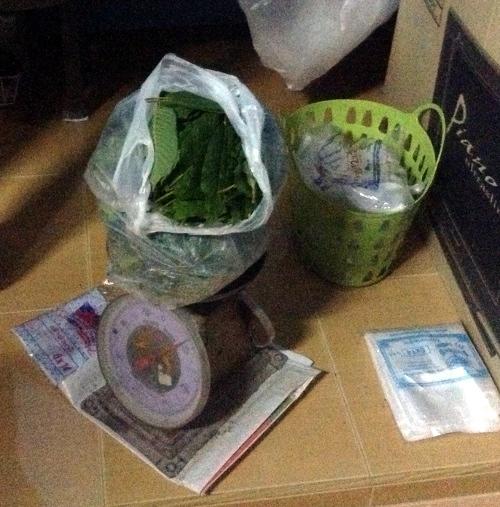 PHUKET: The police crackdown on the indigenous plant kratom, a mild narcotic, is taking its toll, with youngsters now reportedly turning to longkong leaves in order to make a new version of the long-known drug cocktail “4×100”.

“Because police have cracked down on the trade of kratom, youths created a cocktail comprising longkong leaves, cola, ya bah [methamphetamine], cough syrup, mosquito coils, chemicals from florescent tube lights, tobacco and yogurt,” he said.

Although 8×100 first appeared in drug raids in 2009 (story here), it was now experiencing a new wave of popularity among young drug-takers, Lt Col Suthep said.

“The 8×100 cocktail is now gaining popularity again in the southern provinces of Ranong, Chumphon and Surat Thani,” he stated.

“This new stronger drink is very dangerous. We have to add tougher measures to crack down on this new drug,” he said.