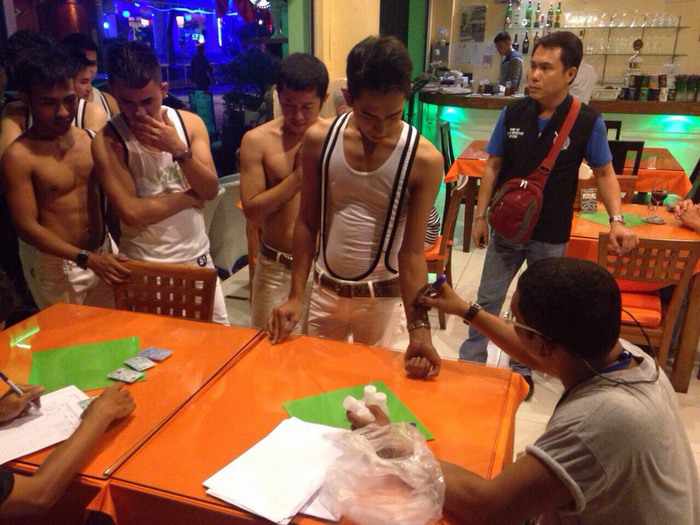 “We arrived at Soi Paradise at about 9pm and were finished by about 10pm,” Patong Police Deputy Superintendent Khunnadet Nanongkhai told the Phuket Gazette this morning.

“During the course of an hour, we screened 130 staffers for drug use. Three of them tested positive.”