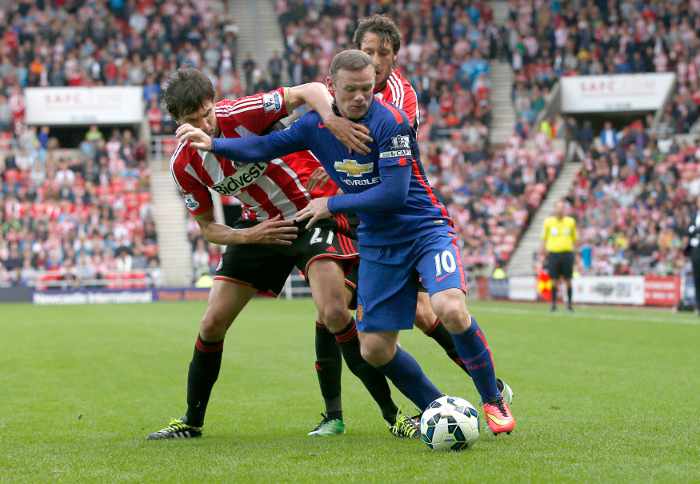 PHUKET: Manchester United laboured to a ponderous 1-1 draw away at Sunderland on Sunday that delivered a first Premier League point of the season but laid bare their dire need for reinforcements.

After Tottenham Hotspur had made it six points from two games with players condemned as expensive mistakes last season starring in a 4-0 victory over Queens Park Rangers, United’s frailties at both ends of the pitch were there for all to see.

Juan Mata’s opening goal on 17 minutes proved a unique scoring opportunity while their lack of a commanding centre half was exploited by an unmarked Jack Rodwell for Sunderland’s equaliser.

Goals were not in short supply at White Hart Lane where Harry Redknapp endured a miserable return to his former club.

Nacer Chadli scored twice while record signing Erik Lamela was pivotal in a playmaker role, sparking celebrations for new Spurs boss Mauricio Pochettino, whose side sit top of the fledgling table, and more gloom for Redknapp.

QPR have no points from their first two games after being promoted back to the Premier League after a season in the second tier.

Ten-man Hull City came within six minutes of holding on for victory over Stoke City but Nikica Jelavic’s opener was cancelled out by Ryan Shawcross’s scrambled effort late on.

Hull, who had James Chester sent off after 14 minutes, have four points from their first two games of the season, while Stoke’s late leveller ensured they got off the mark.

Broad-daylight burglars make off with jewellery, cash from Phuket home