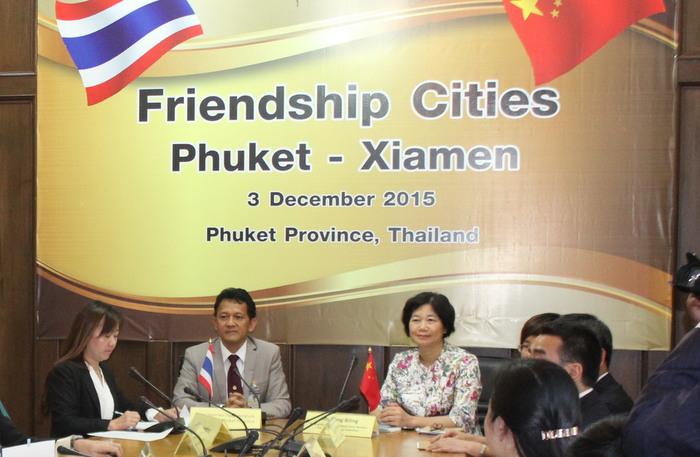 Phuket Governor Chamroen Tipayapongtada, along with Provincial officials, welcomed Hong Biling, deputy secretary of the Xiamen Communist Party, to the island on December 3.

“It was a great pleasure to give Ms Hong a warm welcome in order to strengthen the relationship between our two cities,” Governor Chamroen said. “We are ready to move forward and develop a sister city partnership with Xiamen.”

Ms Hong congratulated the governor on his recent appointment, noting that the two provinces had much in common in regards to tourism.

As part of the MoU, Gov Chamroen will travel to Xiamen in April to participate in their Culture Festival.

“I am excited to attend the festival in order to promote Phuket Tourism throughout China,” Gov Chamroen said.