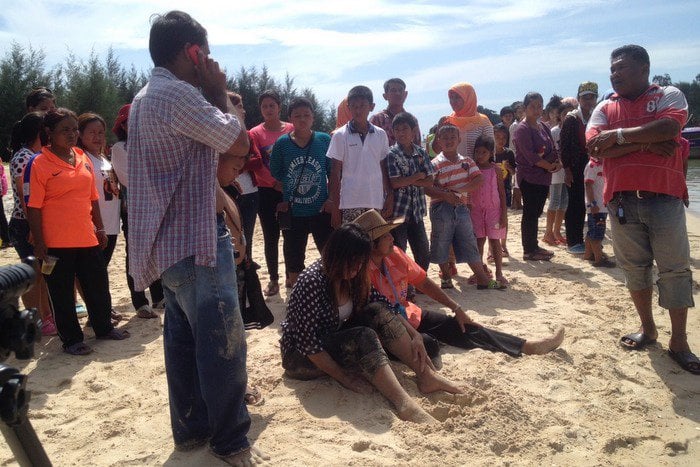 PHUKET: A pair of siblings drowned after they were swept out to sea off Nopparat Thara Beach in Krabi on Children’s Day.

Vimvipa Keawyai, 14, and her 12-year-old brother, Vongvut, were swimming with friends in the Son Canal, about 20 meters from their parents, when the accident occurred.

“My wife and I stayed on the beach while the children went off to play on their own,” explained the children’s father, Visut Keawyai.

“About one hour later, one of their friends ran to us and said that both of our kids were drowning. We rushed over to the canal, but it was too late.”

Rescue workers were called to the scene at about 2:30pm and searched for about one hour before they found the body of Vimvipa.

At about 7pm, rescue workers recovered the body of Vongvut, which was caught under a boat in the canal.

“We believe a strong wave from passing boats dragged the children out to sea, and they were not able to make it back to shore,” Lt Natthapat Putthan-garoe of the Krabi City Police told the Phuket Gazette.