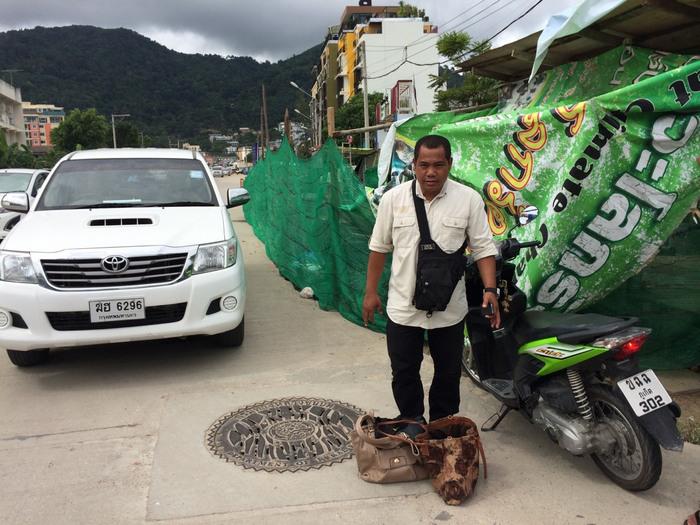 PHUKET: A sunscreen shoplifter was arrested with over 20 bottles of the lotion by Phuket Police yesterday afternoon.

Daoruang Budda, 31, was identified by police from CCTV footage at a Family Mart convenience store in Patong.

“After we got the description out, one of our officers spotted her riding a motorbike in Patong. We followed and approached her at the Sainamyen Intersection. When we asked her to stop so we could search her bag, she fled,” Sutthichai Thianpho of the Patong Police told the Phuket Gazette.

Police quickly chased down Ms Daoruang and made the arrest, finding her in possession of 20 bottles of sunscreen.

“Ms Daoruang confessed that she had stolen sunscreen on more than 10 occasions. She said that she planned to resell the bottles to local market vendors, as she had done before,” Lt Col Sutthichai said.

Ms Daoruang was charged with theft and using a vehicle to evade police.