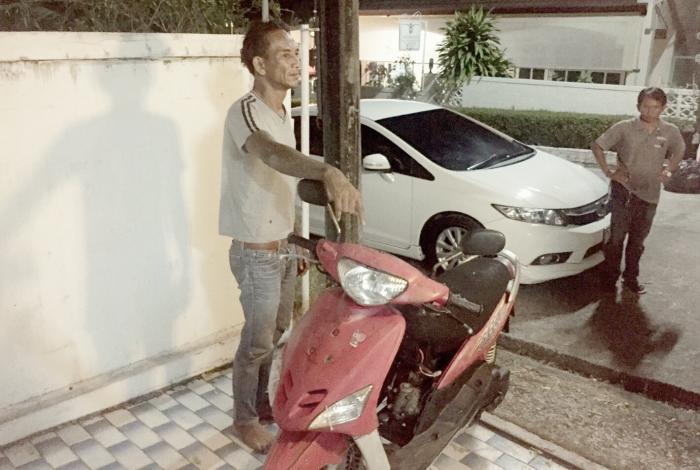 PHUKET: A serial seafood thief was arrested last night in Phuket Town, claiming that he had to steal to pay everyday expenses.

“We have been following this case since February 27. The owner of the restaurant had filed a complaint at Patong Police Station,” said Lt Col Prawit Engchuan of Region 8 Police. “We checked CCTV footage and managed to identify the suspect as Kanchana Maneemai.

The 44-year-old Krabi native had previously been charged for stealing several times and was released in April 2015.

“We arrested him at his rental room on Surin Road at about 6pm, charged him with theft and took him to Patong Police Station for processing,” said the policeman. “We also seized the motorbike he used in his crimes.”

Mr Kanchana confessed to the crime, saying that he mainly focused on expensive seafood items.

“He told us that he stole seafood and sold it at fresh markets. He said he used the money for daily expenses and to buy medicines for himself. He also said that he had done this at least five times in Karon, Phuket Town and in the Patong area,” said col Prawit.

One dead after drunk man stabs another in Phuket

No leads in hunt for missing Russian tourist