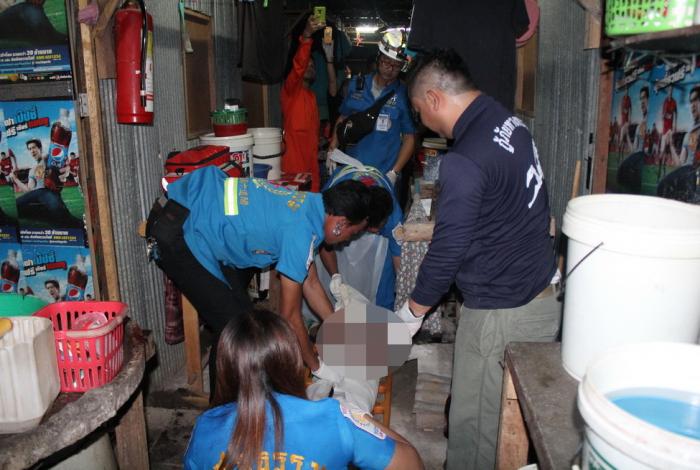 PHUKET: Police walked into bloodbath after an alcohol-fueled argument resulted in the death of a migrant worker in Phuket near SuperCheap on Thepkrasattri Road.

The perpetrator, identified by police as 38-year-old Htin Line, is on the run.

“Tae Sor Ao, 21, and the suspect had had three bottles of alcohol between them. Witnesses told us that at about 10:40pm, the two were having a drunken argument during which Mr Htin stabbed Mr Tae. The victim attempted to escape, but fell to the ground near another worker’s bathroom,” said Lt Col Chaleaw Taihoo of Patong Police.

“There was a stab wound in Mr Tae’s chest and he had bled all over the floor,” he added.

Col Chaleaw told Phuket Gazette reporters that Mr Tae was taken to Vachira Phuket Hospital, while Mr Htin is now on the run.