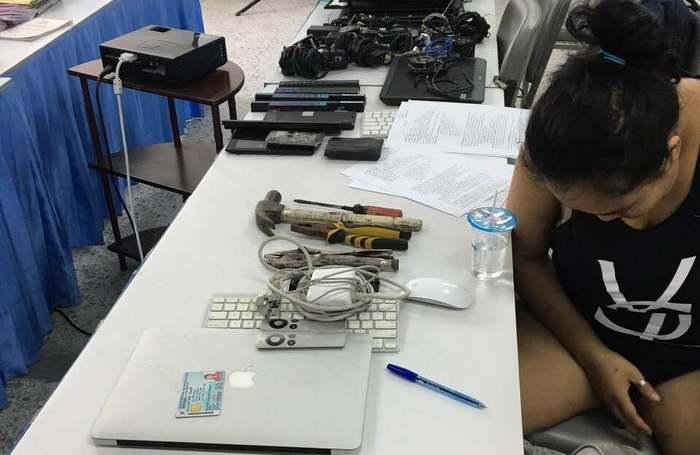 PHUKET: A suspect wanted for a series of burglaries that led to the arrest of his girlfriend on Monday will surrender to police, confirmed a family member.

Mac Kotter, 27, is behind a number of thefts in Phuket, alleged 23-year-old Soraya Chantasri after she was arrested.

Police apprehended Ms Soraya after she fell from her third-floor balcony and through the roof of her neighbor’s bathroom in an attempt to evade officers.

Police tracked down the couple after reviewing CCTV footage of the pair driving away from one of the crime scenes.

“We ran the plate number and found that the motorbike belonged to Mr Mac, who had been acquitted of burglary charges in October,” said Capt Suchart Leucha of the Thalang Police.

When police searched the couple’s room, they found more than 300,000 baht worth of stolen electronics.

“However, Ms Soraya told us that Mr Mac had already sold most of the items, but she didn’t have any details about the transactions,” said Capt Suchart.

Officers took Ms Soraya to the Thalang Police Station, where she was charged for burglary.