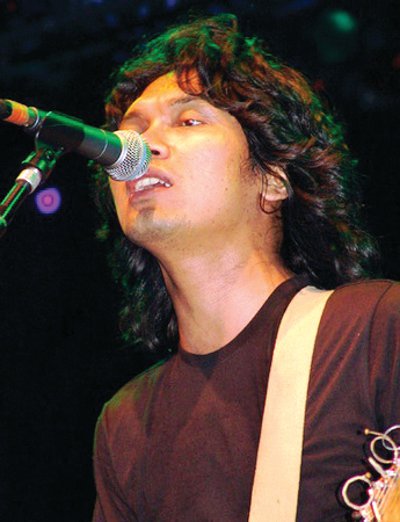 GMM Grammy – who tore up Sek’s contract late last year, when he refused to admit he had an increasingly violent drug problem – say they couldn’t be happier.

GMM Grammy Chairman Paiboon Damrongchaitham says the label is ready to welcome him back with no hard feelings.

“I haven’t met him lately, but during his rehab he came and apologized. We didn’t take it seriously because we knew he was under the influence [of drugs],” but he says if the fans can forgive Sek, then Grammy will, too.

Not only is he booze and drug-free now, he’s performing live again and as far as the fans are concerned, there’s no “if”. With his rehabilitation continuing, Sek is fully booked, around 20 nights a month with an estimated take of 15 million baht.

Sek’s recent shows have been packed and he says he’s excited to be back, but admits that he hasn’t had much time to rehearse lately.

He recently said to a crowd that he honestly believes his performance might not yet be 100 per cent. Under the circumstances, much less is still welcome.

The first Life Music Festival was a hit and featured Phuket’s own Dome The Star, who is now nicknamed “Famous Dome”. Organizers say that they expect this year’s event to be even bigger and better.

The concert will be held off Phang Nga Road in Phuket Town.

Tickets are between 300 and 500 baht depending on seats.