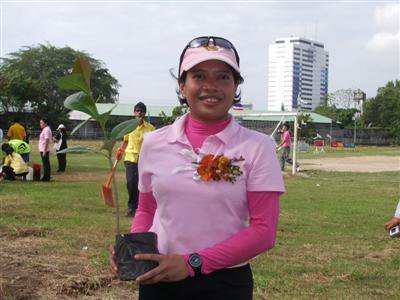 PHUKET CITY: Environmental activists and staff of the Royal Phuket City hotel came together yesterday morning to plant 82 seedlings in an empty lot downtown as part of celebrations for HM The King’s 82nd birthday today.

Seedlings of the tree, Barringtonia asiatica, a mangrove species, were chosen for the project.

About 100 people took part in the activities, which also included dance performances and a football competition.

The seedlings were donated by the Royal Phuket City and Marina Phuket Resort hotels.