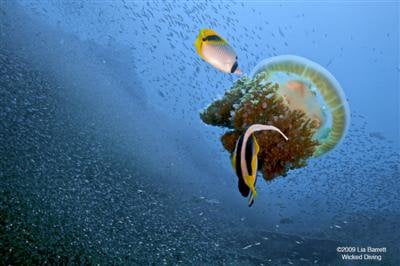 PHUKET CITY: A leading marine biologist has warned that the dumping of debris into the waters of Phuket, Phang Nga and Krabi is harming marine species in the region.

Much of the refuse is foam and plastic packaging, as well as equipment used in the fishing industry.

Sea creatures can be killed or injured after eating the waste. Marine mammals and sea turtles often drown or become beached after getting trapped in the refuse. Animals that are injured in this way have a low survival rate, Miss Kanjana said.

On the Andaman coast beaches of Phuket, Phang Nga and Krabi there have recently been about 40 instances of sea creatures becoming beached. In more than 70% of these cases, the animals were hurt or killed by fishing implements or trash, especially plastic, Miss Kanjana said.

Recently a whale was found to have eaten 1.6kg of plastic waste, including garbage bags, boxes, plastic bottles and clear plastic shopping bags. The trash blocked up its digestive track, killing it.

In other recent cases, bottle-nosed dolphins have drowned after becoming entangled in fishing nets, preventing them from surfacing for air, she said.

Miss Kanjana said the Department of Marine and Coastal Resources is setting up a sea-life rescue unit which will care of sick and injured sea animals, especially those suffering from injuries from fishing implements.