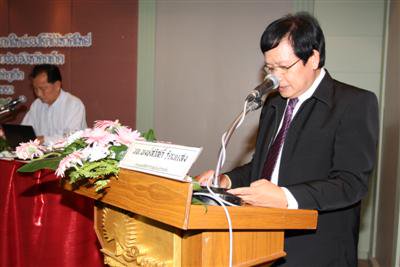 PHUKET CITY: A 33-year-old man from Hong Kong fell ill with human swine influenza following a stay on Phuket, the Gazette has learned.

The Hong Kong Department of Health said the man visited Phuket with a friend from June 4 to 8. He reportedly developed a cough on June 7.

The travelers returned to Hong Kong on Dragonair flight KA213 on June 8 at about 10.30pm.

The sick man sat in row 26 of the flight.

On returning to Hong Kong he declared his symptoms in the health declaration form and did not pass temperature screening.

He was taken by ambulance to Princess Margaret Hospital, where he was placed in quarantine.

Dr Phadungkiat Uthoksaynee of the Phuket Public Health office said, “The Bureau of Epidemiology has already examined the information and reaffirmed that Thailand is not a source country for the disease. Most of our cases are imported cases.”

Dr Phadungkiat said there have been 13 cases of swine flu so far in Thailand.

All became infected abroad except in one case where a 19-year-old Thai male caught the disease, in Bangkok, from his mother after she was infected during a stay in the United States, he said.

“In Phuket we haven’t had a single case of the disease yet, not even an imported case,” Dr Phadungkiat said.

There have been 19 suspected cases on the island, but all have tested negative for swine flu, he added.

“The Bureau of Epidemiology confirms that the Hong Kong man was not infected in Thailand. The man could have been infected in Hong Kong or somewhere else before coming to Thailand,” he said.