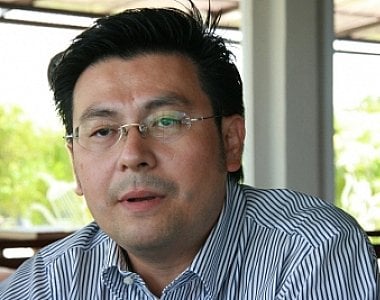 PHUKET: The new government’s policy to instantly raise the national minimum wage to 300 baht per day will have dire implications for small businesses in Phuket and across the country, industry leaders warned today.

“Wage rates in Phuket are already quite high. This is leading a lot of people to believe that raising the minimum wage to 300 baht across the country cannot have a significant effect on Phuket,” said Panthip Pornchaded, President of the Association for the Promotion of Thai SMEs (ATSME).

“However, it means that base salaries will be rising by more than 30 per cent. This will put a strain on the budget of businesses and SMEs in the province, which will ultimately affect their ability to turn over a profit,” Ms Panthip explained.

“Stiff competition in Phuket is already limiting profit margins among firms in Phuket. The drastic wage increase could mean that several SMEs may well go out of business,” she warned.

She added that raising the minimum wage to such a degree will increase costs for manufacturers very suddenly in the short run and put Thai firms at a disadvantage to their competitors in neighboring countries.

Suwanchai Lohawatanakul, Secretary-General of ATSME, agrees that the sudden and drastic increase – planned to be introduced in early 2012 – could cause SMEs across the country to struggle and exacerbate inflation.

Mr Suwanchai explained that the plan to hike the minimum wage does not take into account the nature of industries in the country or the cost and benefits it will have on each sector.

“There is a good chance that workers will pour into the manufacturing sectors because these are the firms that employ the most workers.

“This means that self-employed farmers will be quitting their old jobs in order to look for higher-paid work in manufacturing.

“The agriculture sector will shrink and production will fall,” Mr Suwanchai forewarned.

“This will cause food prices to rise even more, worsening an already existing problem,” he added.

Mr Suwanchai recognized that wages in the tourism sector were determined largely by tips and service charges received from tourists, but said that the industry relies on low prices to remain competitive.

“If inflation is exacerbated and food prices rise uncontrollably in the near future, Phuket will lose its competitive edge as a value tourist destination,” he said.

Mr Suwanchai and Ms Panthip were in Phuket today to rally the media over the issue, following the ATSME staging an exhibition promoting the organization’s work at Royal Phuket Marina earlier this week.

The ATSME represents more than 7,000 small to medium-sized enterprises across Thailand.