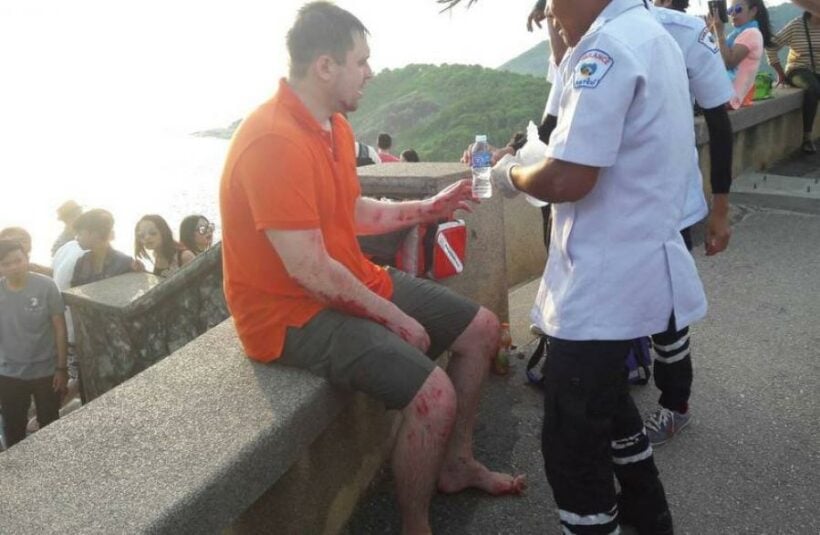 PHUKET: A Russian tourist was injured after he fell from the Laem Promthep promontory into the sea at Rawai yesterday evening.

“The accident occurred at about 5:45pm. We found Kashirin Aleksei, 41, trying to swim toward a rock in order to avoid being washed away by the current, which was quite strong at the time,” said Lt Sakarin Sangjaroen of Chalong Police.

“Locals and rescue workers came to his aid and he was safely lifted out of the water,” the policeman said.

Mr Aleksei sustained injuries all over his body, including his feet, arms and face. He was taken to Mission Hospital Phuket for treatment.

“We later learned that he was staying at a hotel in Nai Harn and had gone to Cape Promthep to enjoy the sunset with his girlfriend. They went up to the top of the promontory, when he suddenly lost his footing and fell into the water,” said Lt Sakarin.