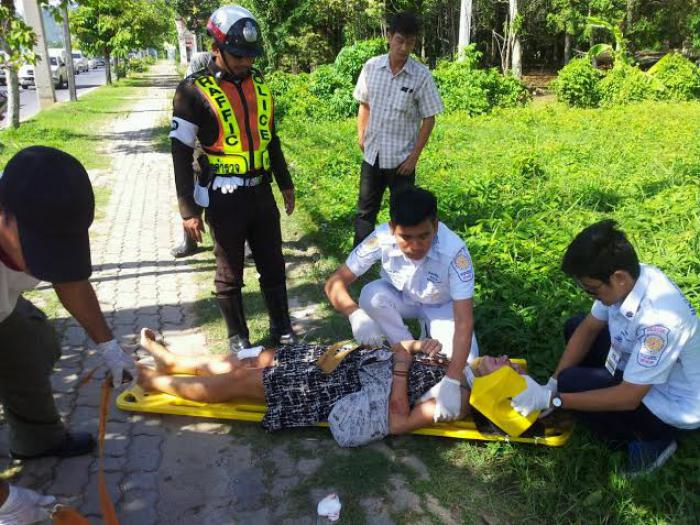 PHUKET: A Russian woman escaped serious injury yesterday morning when she crashed a motorbike into a power pole while not wearing a helmet and under the influence of alcohol.

Rescue workers were called to the scene, on Thepkrasattri Road, at about 9am.

When Traffic Police officers arrived, they found a crunched Honda PCX motorbike beside a power pole and Evgeniya Vinnichek, 26, on the ground with injuries to her right knee and leg.

“The seat of the motorbike was twisted open by the impact, and under the seat was a bottle of Thai whiskey,” Col Sanit said. “The woman was lucky.”

“As no other people were injured and no other property damaged, our officers have yet to decide whether to charge the woman for drunk driving,” Col Sanit said

UPDATE: As of Tuesday morning, the Gazette has confirmed that Ms Vinnichek was charged with drunk driving.