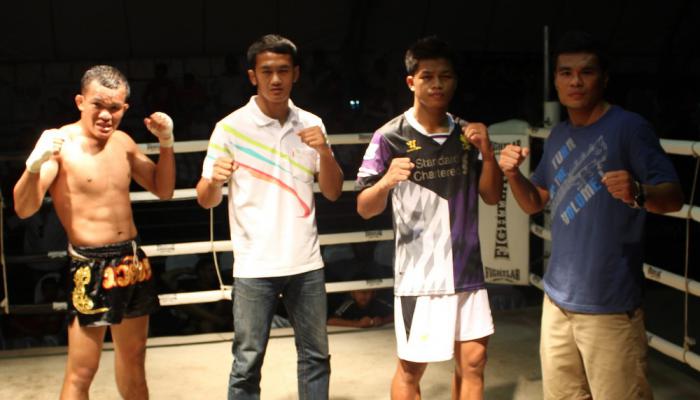 PHUKET: Tonight, Ta-ied Stadium will host seven Muay Thai fights, including two semifinal fights and a Super Fight. The stadium is located on Soi Ta-ied in Chalong with the fights starting at 9pm.

This fight offers the largest prize purse in a 16-man tournament in Phuket’s known fighting history. The Muay Thai Andaman League prizes for first, second and third places are 200,000, 50,000 and 30,000 baht respectively.

DJ Mitsu from Japan will be playing the latest dance and hip hop to set the atmosphere and snacks and drinks will be available.